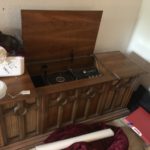 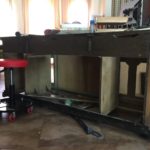 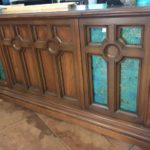 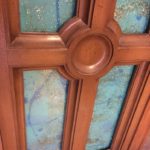 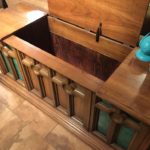 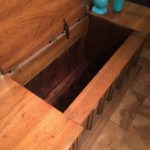 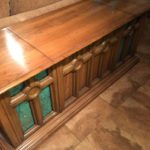 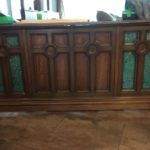 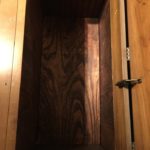 This project came about after we discovered that our couch was a little unstable and if people were to sit on the back of it, it would possibly break it. So my wife sent me on the hunt for a table to go behind the couch. I found this record cabinet for $25 at an estate sale and gutted the broken stereo equipment and build a box for holding blankets and pillows for the couch area. There is still some space behind where the speakers were that I could utilize later, but for now, I called it done and it has worked beautifully.